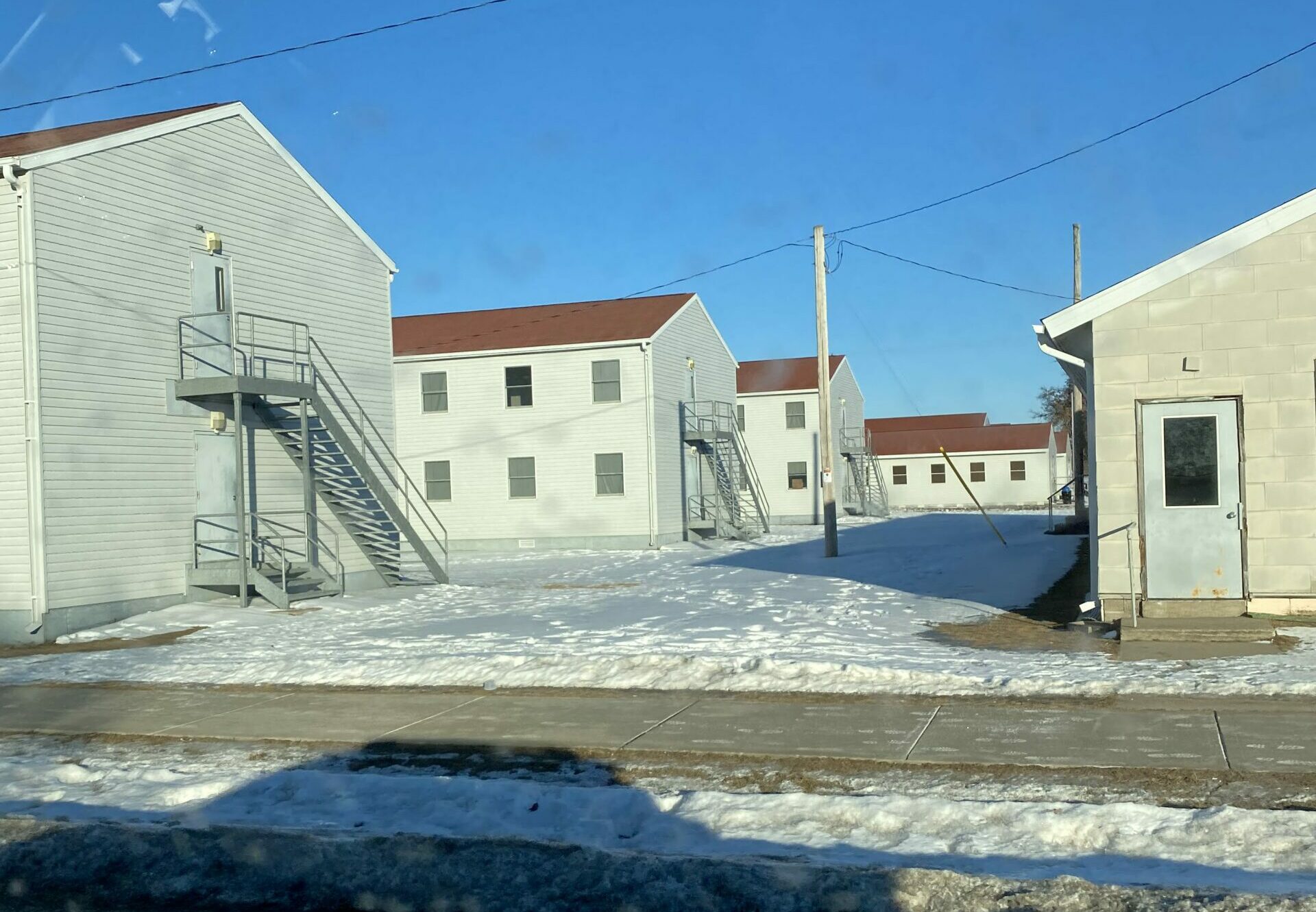 The first thing I noticed was the lack of color. Plain white buildings stretched as far as I could see as our van crawled along at fifteen miles per hour through Fort McCoy. The snow piled along the road contributed to the stark and monotonous surroundings. If you had placed a black and white filter over my eyes, I wouldn’t have noticed.

We pulled up to one of the white matchbox buildings and climbed the metal steps, slick with ice, into the low-ceilinged space. The room bustled with volunteers checking large whiteboards of volunteer assignments. We were quickly briefed, given purple volunteer vests, and then scattered around the base into different centers.

Some of us went to women’s and children’s centers. We sipped tea and crocheted with women and played games and colored with kids. The walls in the children’s room were bright with art projects, while the walls in the women’s area were covered with words for the guests to practice their English.

The final location was the sewing center. Mostly women, along with a few men, were allowed six yards of fabric and access to a sewing machine to make clothes for themselves and their families. Volunteers helped thread needles, distribute fabric, and sometimes sewed for guests. Refugees in the sewing center hurried to complete their sewing in the limited time they had.

In most of the buildings, there was at least one military personnel for security. As we drove around the base, we passed numerous armored vehicles and signs reading “Air Assault Training” and tank speed limits. At lunch, we sat among hordes of army people in uniform, eating the same food they were eating. We stayed in the Wisconsin Military Academy lodging and ate flatbread given to us by a military man who had received it from an Afghan translator. Meanwhile, the Afghan refugees slept thirty to a barrack with sheets for walls. It was hard to ignore that we were on a military base.

The wide array of people that we interacted with, from refugees to soldiers to Mennonite volunteers, felt like mixing a bunch of flavors that aren’t meant to go together. The contrast between the strict rules on the base and the giddy playfulness of the kids left us with a weird taste in our mouths. The dystopia we experienced answered very few of the questions we came to Fort McCoy with and left us wondering about far more.

Emma Elsdon shared this reflection on Sunday, January 30, 2022. You can watch it online here.