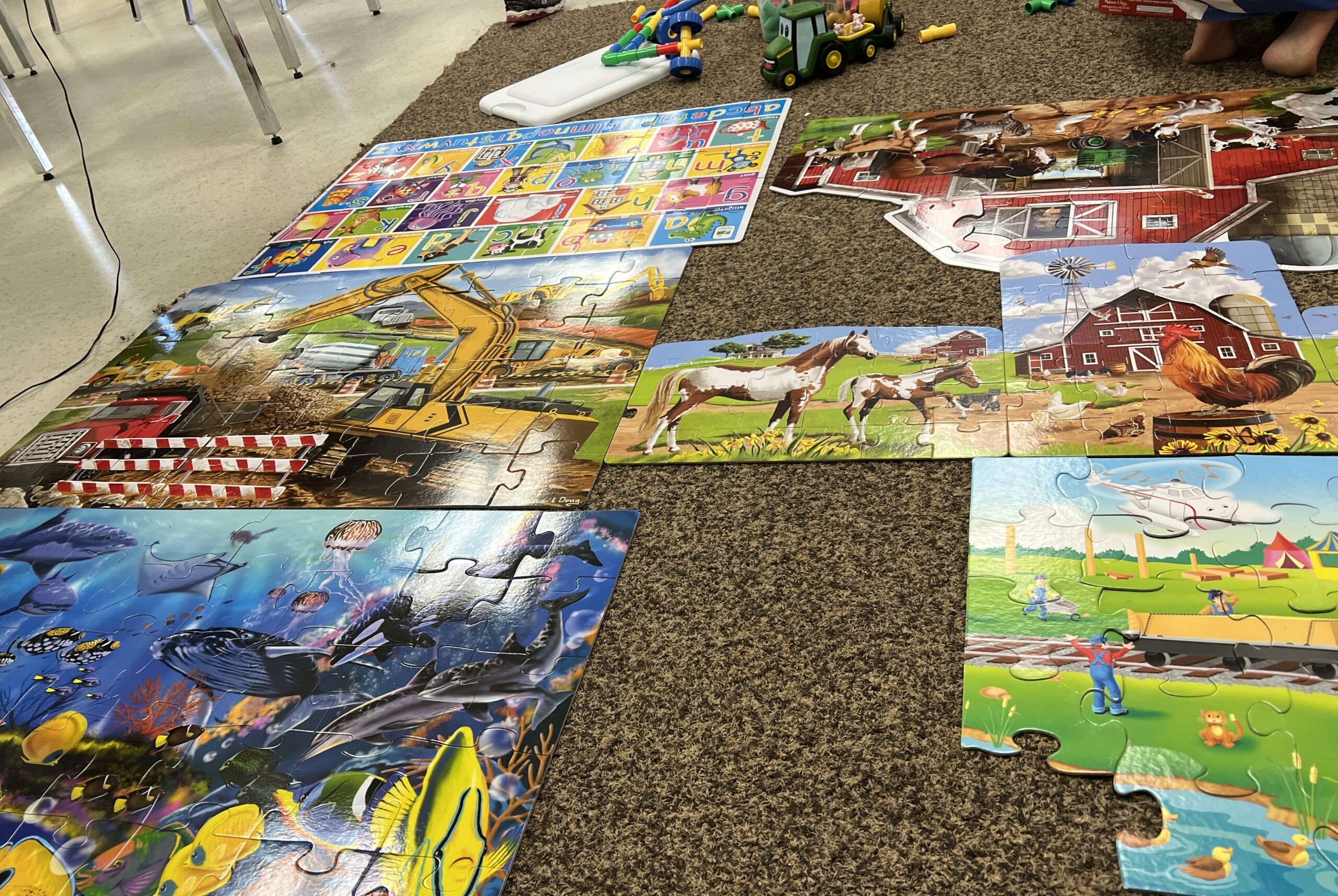 I have spent most of my life in the bubble of Madison, which has given me many privileges but also limited the different types of people I have worked with. I grew up with progressive parents – I remember going to the recall Scott Walker march on the capital when I was just 8 years old. And now I go to school here in the same town, where the liberal views of Madison are embedded into the curriculum. While I feel like I have grown up to be a compassionate human and care deeply about others, I have been limited in my experience of working with others who have vastly different views than me. This became extremely apparent during our week in Ft. McCoy.

Contrary to the traditional belief held throughout the U.S., we are not the best in the world, and we don’t know what’s best for everyone. White supremacy is rooted in the foundation of our country. I went into this trip fully acknowledging this, but I was naïve in thinking that others volunteering to support Afghan refugees would hold the same beliefs, and I struggled with knowing how to work with people who didn’t share my convictions.

The trip was challenging to say the least. By the second day, it really hit me, I was volunteering in the rec center watching men play soccer and I thought, “What in the fuck are we doing here?” I was feeling anger and confusion and sorrow for these people and their completely altered lives and the new challenges they would face living in a nation riddled with white supremacy and white saviorism. By the third day, I spent most of the morning trying not to cry in the bathroom and then spent lunch lying on the floor of the military dining hall. I felt despair and disgust, not only for what the military had done to these families but how they were now being treated as we “helped” them.

Thankfully for my mental state, things got better after lunch that day. One of the girls in the center I was volunteering in really wanted to do puzzles. I was able to successfully pull her aside from the group activity and we started doing puzzles together. We ended up sitting in the corner for the rest of the afternoon doing all the puzzles in the center. She told me that in three days, she and her family were moving to California, and they would join some of her father’s family there. She was so excited, and it seemed as though her smile lit up the room. My heart swelled. It felt like I had found the only source of light in the darkest of places. Before she left for the day, she wrote her name on a piece of paper and handed it to me, and I did the same. Her name is now tacked above my desk – not that I could ever forget her nor the unique oasis that we found together in that corner.

And as much as I would love to end on a happy note, that would not accurately portray my experience, nor would it do justice to the Afghan men, women, and children I met. At the end of our trip, I left with many questions, and I would love to share a few of them with all of you and sit with them together.

What will happen to the refugees once they leave a relocation camp? What support are we providing these refugee families after they move? Where else are we (the U.S.) doing this in the world? How do we stop this from happening again?

Olivia Avery shared this reflection on Sunday, January 30, 2022. You can watch it online here.