Chris Sundahl is a graduate student at UW Madison. He shared this story at Sunday Worship on October 29th during a sermon series, “Questions On Our Mind: Where does it hurt?”

When I arrived in Madison in 2013, I did a bit of church-shopping. At one of those churches, I picked up a couple of friends that I wanted to talk about today. This church ran a snail-mail-based Bible study course with prisoners, and a few of them had included notes in their correspondence that they’d like a penpal to talk about their faith and the Bible with, and also help them through the times they were having. Being young and invincible and extremely eager to talk about my faith (since I was new to Christianity), I thought it was a good idea to take BOTH of these letters, and start writing to them, on top of all the coursework I had coming at me. 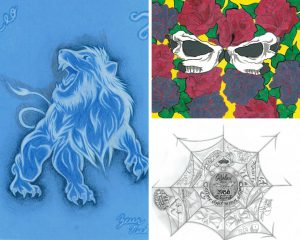 Nick and Josh are both white men in their late twenties, locked up for doing different things. Both had lost touch with many of their friends after being locked up, and I was one of the few people they had consistent contact with. Though I’d only write once a month or so, they’d always write back within a week of receiving my letter. We’d exchange little paragraphs about our lives, and talk about Bible verses and stuff. Nick sent me a lot of poetry and drawings. From the start, they wanted me to visit them. When you see the same people every day, I imagine one or two hours a week with someone else can be nice. I was cleared to visit pretty quickly, but both of them were past Beaver Dam, making it hard, since I don’t have a car. So we kept sending letters for a while.

I sent Josh a letter in November of 2014, after a year of correspondence, and then didn’t hear from him for several months. I figured he was “ghosting” me in analog, that maybe he didn’t really want to carry on the conversation. So I didn’t think about it too much, and carried on with my coursework. Then, after 9 months or so of silence, I got a letter from Josh. “If this letter finds you, let me know right away cause I have a lot of stuff that I would like to share with you!” he said. “I had a falling away from the Lord. But thank God! The Spirit is still strong enough to convict me to make my way back.” The next letter is missing from my records, but I remember that when I mentioned that I thought the lack of response was a signal to quit, he said it was the opposite. He said he’d rather I had written when I noticed his extended silence. He spent the next few months recovering from this slump. “My faith is not going well,” he wrote in December. “I don’t know what my problem is man, I do so good for a while but then continually fall back into the slump that I am in.” He was never very specific about the problem and I didn’t press for details, but writing the letters seemed to help him a lot. In that same letter, he said “wow I don’t want to be the old me anymore. I have to remind myself that I am remade. I really think this letter has helped. You know how you can just bury feelings that you don’t want to feel, so writing them down just lets me know what I have to do in order to fix it.” His tone totally turns around at the end of the letter, full of smiley faces and Bruce Lee quotes. “I’m going to go study [the Bible] right away. Thank you for being here for me to write, it truly helps me tremendously,” he writes. And all I had to do was write a letter!

In 2015 or 2016, I finally visited both of them, planning short day trips to the area. It was pretty awkward, as you might imagine. We were used to having days or weeks to respond to each other, and here it was a completely different mode of communication. Nick was a chatter box, filling up the two hours pretty quickly. My visit with Josh coincided with his dad’s, so I felt a bit like an intruder. That one felt a little bit longer. But it was nice to put a face and a voice to the names and handwriting of my friends.

A little bit after that, when maintaining two friendships by mail felt like it was getting a little harder, we switched to phone calls. It still wasn’t easy – settling in to a Saturday morning breakfast when you get a call you weren’t expecting and won’t be able to return, it’s a conscious decision to pick up the call instead of carrying on, especially if you’re like me and don’t enjoy having your plans disrupted, even by good things. But I usually picked up, so I heard about it when Nick got assigned to a job in Milwaukee near his family and friends, and when Josh severed his patella twice and needed to talk to someone about how slow his treatment was.

Now, Nick is still locked up, but we haven’t had a phone call in months. He gets visits from friends and family at work now on a regular basis, and his supervisor lends him a smartphone while he’s there. He posts on Facebook all the time now, and I have an occasional Message chat with him. He’s got less than a year left before he can go home on parole.

Have I learned anything from all this? I’m not really sure. I’ve been thinking about “building muscles”, as Erica says so often, and I put this at least partly in that category. Even though there might not be that many specific things I learned: “check in if they don’t write back for a month”, “pick up the phone at breakfast”, it’s more just something I’ve gotten used to doing. By building these relationships and putting time into them, seeing a side of life I might never have seen otherwise, I’m hoping that collectively and individually we’re becoming more of the people that God wants us to be.

Nick let me know when I Facebook chatted him that he knows at least a couple of people that could use a penpal. If you think that’s something you’d like to do, you can let me know.

Tell it like it is – Ash Wednesday and Lent

Macayla Church is a sophomore majoring in Psychology and Spanish, with a Certificate in Criminal…