As some of you know, twelve students and young professionals from Pres House went to Denham Springs, Louisiana over winter break to provide relief to flood victims. While the damage happened a year and a half ago, the community has all but been forgotten. However, going with the theme of the week Hope is Born, I saw a lot of hope being kindled during our short week on the work site.

We broke into two work groups while we were there, and while the other group did amazing work moving a several ton ramp for a couple who had mobility issues after their relief trailer was taken away, my story about our trip comes from the work site I was on, with an eighty year old lady that the community called Mawmaw.

When the flood happened, the water was just under the floorboards of Mawmaw’s raised house, so she had thought she’d escaped damage, and didn’t get any repairs. But, while the water never made it into her rooms, it, combined with termites, ruined the support beams (which Claire taught me are called joists), so the floors bounced when you walked on them. In one room, there was a giant hole in the floor with nothing between a four foot drop and Mawmaw except a dingy old carpet. So, our group ripped up the floors, redid the foundation, insulated and put in subfloor, and put in new laminate. And, the floors no longer bounced.

I don’t think most of my crew was able to see this, but once we’d finished two of the rooms (minus trim), we gave Mawmaw a tour. Each room was kind of at a different stage of the process, so we were able to show her what we were all doing, and how it looked before. But the coolest moment was when our crew leader walked into the finished room and showed Mawmaw her new floors, and told her there wouldn’t be a bounce anymore. She did the cutest little jump, she’s 80 like I said, so it was more like she stood up straight for a second and slouched back over, but she had the biggest smile. Even though her house still had a long way to go, I saw hope in her face, and that gave me hope for the future of the surrounding community.

I also saw hope in her giving attitude. Even though Mawmaw had an unstable house, and lived in a dangerous neighborhood, Mawmaw brought us snacks and offered to make coffee and hot chocolate almost every day. And, at the end of the week, she told us she had a whole new set of grandchildren.

So, even though we were only able to stay and help Mawmaw for a short week, I have a whole lot of hope for the future of her house, and the community at large. When everyone gives what they can, hope is born, and it can change everything.

To finish off, I just have a few pictures of our trip. I’ve been on a few mission trips in the past, and I always wish I would have before pictures, so I did my best to get some in-progress shots, but I just wanted to share some of what we did. 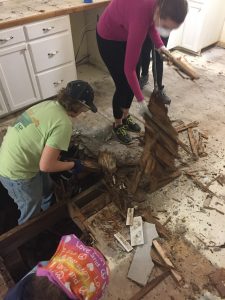 The floor beforehand, that we could just rip up, sometimes with our hands 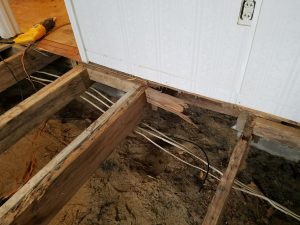 Some of the damaged joists that were supporting the house 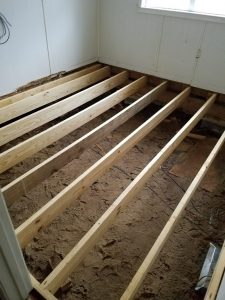 The new joists that Steven and Claire put in 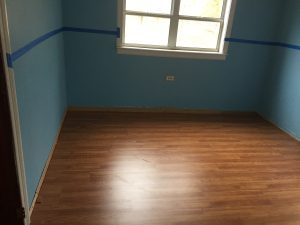 The new floors after installation

Our team with Mawmaw

“What I Wish I Knew” – Advice for New Graduate Students

Why should you go on fall retreat????!

The Pres House Fall Retreat is one of the best weekends of fall semester. You…