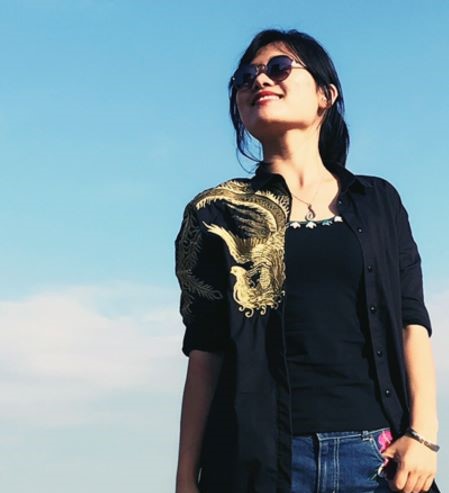 Selina, a visiting post-doc scholar from China participated in the Pres House Break With a Purpose in January 2019 to San Antonio, Texas. She shares some reflections as an international scholar seeing the U.S., and debates over border security, through her eyes.

Coming from China, a country famous of building walls (the Great Wall, the internet wall , etc), I am basically against all kinds of walls. That’s the starting point when I come across the issue of immigration and the border wall between America and Mexico.

In my opinion, it is a dangerous sign when people & governments are so obsessed with building walls, which shows your hostility to outsiders, to the world. And I believe there must be other ways to deal with the immigration issue without building physical walls.

I think every person could be an immigrant in some kind of way, whether by identity or emotionally. Based on my experience, especially now I am in the U.S., I feel related to those immigrants, though I know it is a more complicated issue and can not be solved only with sympathy.

I notice that in the U.S., even in those seemingly unsafe neighborhoods in San Antonio that we visited, people would not build walls around their houses or install barriers outside their windows. Even if they do, they would use hollow barriers which are not very high. While in China, almost every building is behind walls and the walls are always high. You can’t see through or above the walls. These differences reveal a lot about people’s attitudes, sense of safety, hospitality, etc.

To those people who are reluctant to help immigrates or not welcome immigrates: I think I can understand. But the bottom line is you do not need to show your hostility to them. Maybe it is human nature to distinguish “us” and “them” and it requires a lot of kindness to be always nice to outsiders, foreigners, or immigrants. I get that. But society is not static – people come and go. So why not treat outsiders a little bit nicely and show them more humanity and hope when they finally become one of us they may have already identified with our good values.

Some government officials have targeted immigrants, treating them as problems simply because of who they are, not for what they did. Based on Chinese history lessons, it never ends well when the government targets some specific kind of people as problems. Because when they finish dealing with one kind, they always go after another, and target them as “enemies”. Who knows who is next? As far as I know, people can never be problems, only the bad behaviors they did should be punished.

During the trip to San Antonio, I heard a lot about the phrase “more human” and kept reflecting on it. I first heard it when I was in the shelter house a church held for immigrants. They made the shelter a nice, cozy house for the immigrants, and tried their best to make the immigrants feel “more human”, as they said. I found it was a beautiful phrase and couldn’t find the Chinese equivalent. When I noticed there were many bottles of cologne donated for the male immigrants, I thought I truly got what “more human” means. And later when I gave much thought about this, I realized “more human” can be mutual way: the way we helped them, also made us “more human”, to be a better person.

I couldn’t help but think about that poem by John Donne, “No man is an island entire of itself; every man is a piece of the continent, a part of the main; if a clod be washed away by the sea, Europe is the less, as well as if a promontory were, as well as any manner of thy friends or of thine own were; any man’s death diminishes me, because I am involved in mankind. And therefore never send to know for whom the bell tolls; it tolls for thee.”

There is a Chinese saying, “In times of crisis, wise men build bridges, but fools build walls”. Obviously, not many policy-makers in both countries have learned from this lesson. Though there is no easy way to figure out the immigration issue, at least the policies should be made out of good values and point in the right direction. All policies are made based on some values and good values always matter.

The Door is Open ~ Evan Digman

Evan shared this story about his experience in Freshman Connection during worship on September 19,…

Hope is Born in Louisiana

“Let Us Walk Together” – A Word of Comfort After the Election From Your Asian American, Female Pastor

Let me share some snapshots of my week. On Election Day, I spent the entire…